The share capital of companies is made up of contributions to the company made by the partners.

In return for what he brings to the company, each partner will receive shares or shares entitling him to a share of the dividends paid by the company as well as voting rights at general meetings.

The company contribution can take one of the 3 forms below:

Contributions in cash refer to monetary contributions made by the partners. This is the type of contribution that is most frequently encountered both at the time of the creation of the company and during any subsequent capital increases.

Initially, the partners undertake to participate in the capital of the company. This is called the subscription of 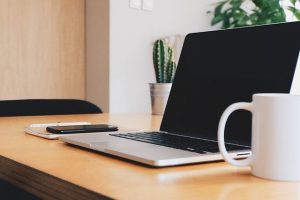 capital. Their commitment is then recorded in the company’s balance sheet in the social capital account on the liabilities side and in the subscribed capital account not called up in the assets.

Then in a second step, the partners proceed to the payment of their contributions in cash into a bank account in the name of the company. This is called the liberation of capital.

The rules governing the release of cash contributions vary depending on the legal form of the company and are generally included in the articles of association.

For example, at the time of creation, a public limited company must have at least 50% of the sum of the financial contributions announced by the shareholders, while the minimum to be released is only 20% of the capital for an LLC. All cash contributions must then be paid within 5 years after registration of the company.

The term contribution in kind refers to material non-monetary and intangible contributions.

The scope of this type of contribution is very wide. It can be both real estate such as commercial premises, vehicles, a patent, a trademark, or even equipment or stocks of goods.

Contributions in kind need to be assessed in order to determine their value both for the distribution of shares and for inclusion in the balance sheet.

The valuation of contributions in kind must generally be carried out by a contribution auditor and documented in the company’s articles of association.

Except in SARLs and EURLs, partners can, if they wish, do without the services of the statutory auditor on conditions:

When they decide to dispense with the contribution auditor, the partners engage their responsibility for 5 years concerning the value they have attributed to the property.

The method of appointing the contribution auditor varies according to the legal form of the company and the context (incorporation of the company or capital increase). In general, it is done either by unanimous vote of the partners or by decision of the commercial court.

The contribution in kind fully contributes to the constitution of the company’s share capital. However, we cannot create a company solely with contributions of this type. Contributions in kind must also be released immediately.

Before going into the specifics of the banker’s approach versus the equity investor approach, let’s start by examining their decision-making process which is very similar.

think the opportunity is worth looking at in more detail. As this is a quick decision, it is important that you put the odds in your favor by making sure:

Keep your summary short, to the point, and to the point: in 5 minutes the reader should be able to understand who you are, what you do, what the financial potential is, and how much money you need. Avoid going into too much detail, just make him want to know more about your project.

If your business plan takes this step, the investor will then start to go into the details of your plan.

The due diligence phase is a phase of analyzing and studying your plan.

The first two things an investor will check are the market and the competition. Once convinced that there is a market for your product and that this market is not already saturated, he will look at your strategy: how do you plan to attack the market and especially what is your competitive advantage. After the strategy he will look at your numbers, and test your main assumptions under different scenarios (for example: what if the sales are 20% lower than expected?).

Here you want to make the investor’s life easier by citing your sources. If you say the market is x, the investor will check where you got that number from. And if your source seems doubtful he will challenge you.

During this due diligence phase you may receive questions from the investor on certain points he wishes to explore in depth, and if this has not already been done, an invitation to meet him.

I have attended both investment committees as well as credit committees and they are very similar. There are two teams: the team that supports the investment project and the team that makes the decision and whose job is to ensure that the loan will be repaid or that the equity investment will generate a return. sufficient given the risk of the project. The team in charge of the final decision will explore all the scenarios that could lead to the failure of the project. The team presenting the opportunity aims to convince them of the strengths of the project. To do this, it must demonstrate that they have studied all the possibilities and that the risk of failure is limited given the elements in the business plan.